Bristol , my new beautiful city , is perfect for a city break

Bristol is now my city (click here to order on Amazon.co.uk ) 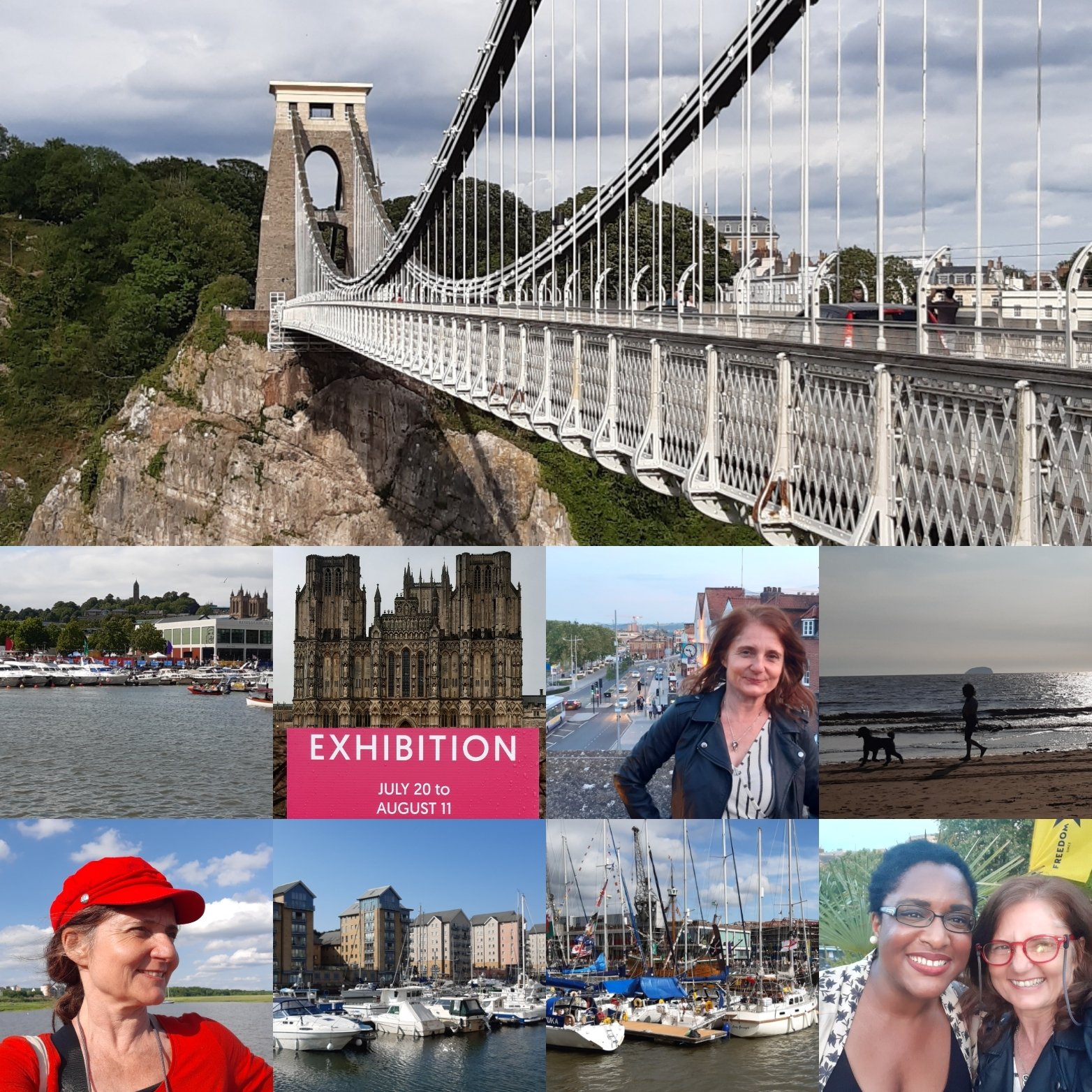 I was living in London and was tired and unhappy in the capital .

I had enough of tubes, arrogant and greedy people , crazy flatmates , expensive rent ( click here to order on Amazon ).

The first time was in March just to check how it was  the quality of life .

and I was immediately surprised by the kindness of people called BRISTOLIUMS .

Never happened in London where everything is based just only on one word : POUND !!

I am asking myself why the prices of the houses in London are so expensive because the quality of life is not super !

Anyway i started my touristic tour around Bristol and when i arrived at the bay , i felt totally in love with the city

The bay reminds me Livorno , my hometown , a city on the Mediterranean sea in Tuscany

I love the colourful tones and the elegance of the houses  and i was immediately fascinated by the history of Clifton Suspension Bridge and its creator , the  great genious engineer Isambard Brunel

The bridge is a distinctive landmark, used as a symbol of Bristol on postcards, promotional materials, and informational web sites. It has been used as a backdrop to several films and television advertising and programmes. It has also been the venue for significant cultural events such as the first modern bungee jump in 1979, the last ever Concorde flight in 2003 and a handover of the Olympic Torch relay in 2012.

The Clifton Suspension Bridge is a suspension bridge spanning the Avon Gorge and the River Avon, linking Clifton in Bristol to Leigh Woods in North Somerset. The bridge is built to a design by William Henry Barlow and John Hawkshaw,based on an earlier design by Isambard Kingdom Brunel 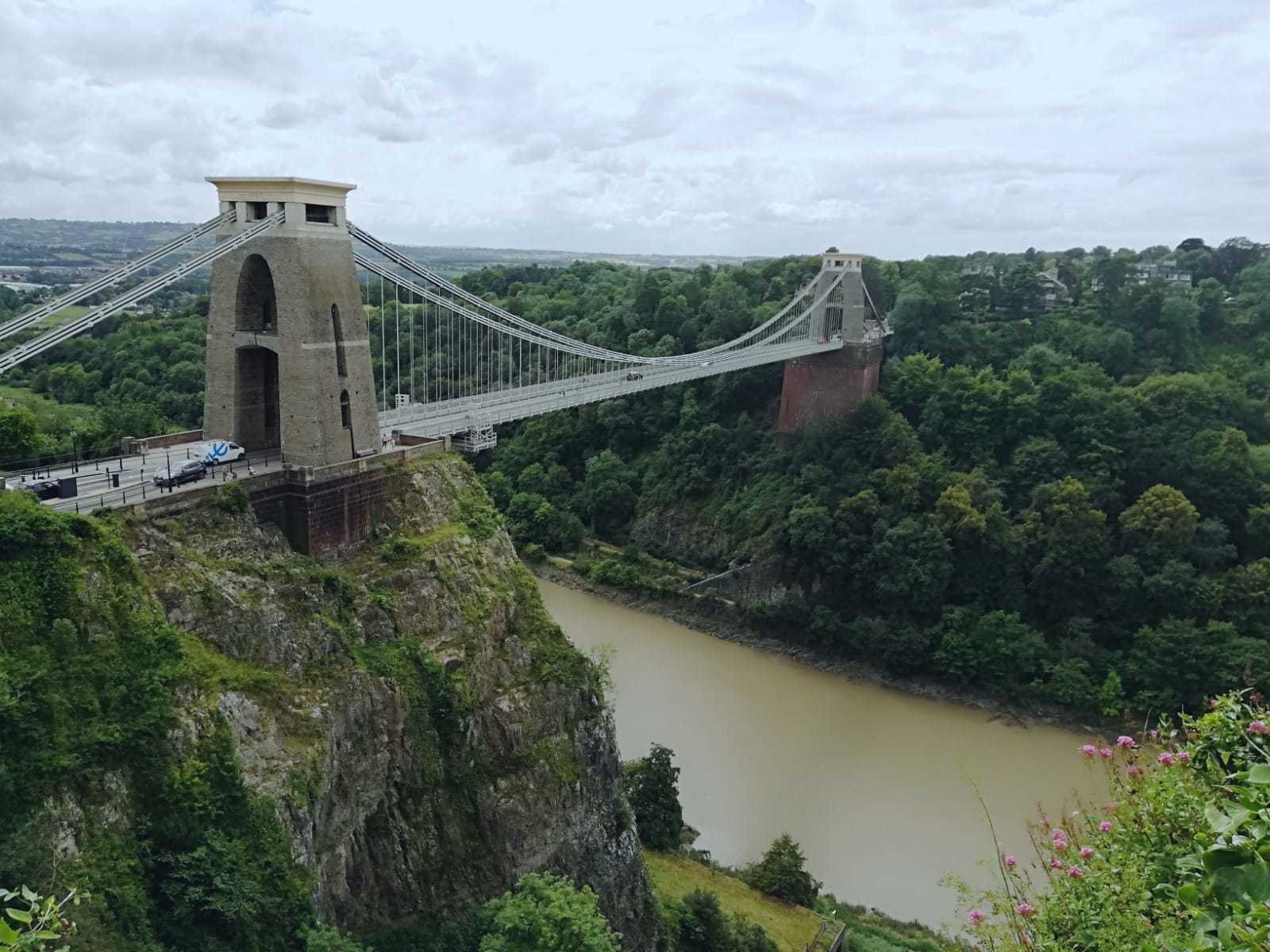 Isambard Kingdom Brunel was a British civil engineer who is considered one of the most ingenious and prolific figures in engineering history, one of the 19th-century engineering giants, and one of the greatest figures of the Industrial Revolution, changed the face of the English landscape with his groundbreaking designs and ingenious construction.  Brunel built dockyards, the Great Western Railway (GWR), a series of steamships including the first propeller-driven transatlantic steamship, and numerous important bridges and tunnels. His designs revolutionised public transport and modern engineering.

Though Brunel's projects were not always successful, they often contained innovative solutions to long-standing engineering problems. During his career, Brunel achieved many engineering firsts, including assisting in the building of the first tunnel under a navigable river and the development of SS Great Britain, the first propeller-driven, ocean-going, iron ship, which, when launched in 1843, was the largest ship ever built ( click here to order on Amazon.com )

SS Great Britain is a museum ship and former passenger steamship, which was advanced for her time. She was the longest passenger ship in the world from 1845 to 1854. She was designed by Isambard Kingdom Brunel , for the Great Western Steamship Company's transatlantic service between Bristol and New York. While other ships had been built of iron or equipped with a screw propeller, Great Britain was the first to combine these features in a large ocean-going ship. She was the first iron steamer to cross the Atlantic, which she did in 1845, in the time of 14 days.

It is very suggestive and if you are an appasionate of ships,  this visit is a must !!!

It seems  Bristolians  are so proud also of explorer John Cabot that the city's revamped shopping centre has been renamed in his honour as Cabot Circus.

In May 1497, with the support of the Tudor king Henry VII and some hard-headed Bristol merchants, Cabot sailed west from Bristol on the 70-feet long Matthew with a crew of 18, hoping to find a route to Asia.

One of his main backers was the Sheriff of Bristol, Richard Amarke, who sought reward for his patronage by asking that any new-found lands should be named after him.

It's believed by some that Amarke's family coat of arms, which can be seen in the Lord Mayor's Chapel on College Green in Bristol, as part of the Poyntz crest, later became the USA's stars and stripes flag.

On 24 June, 34 days after leaving England, Cabot sighted land and called it New-found-land. He believed it was Asia and claimed it for England. 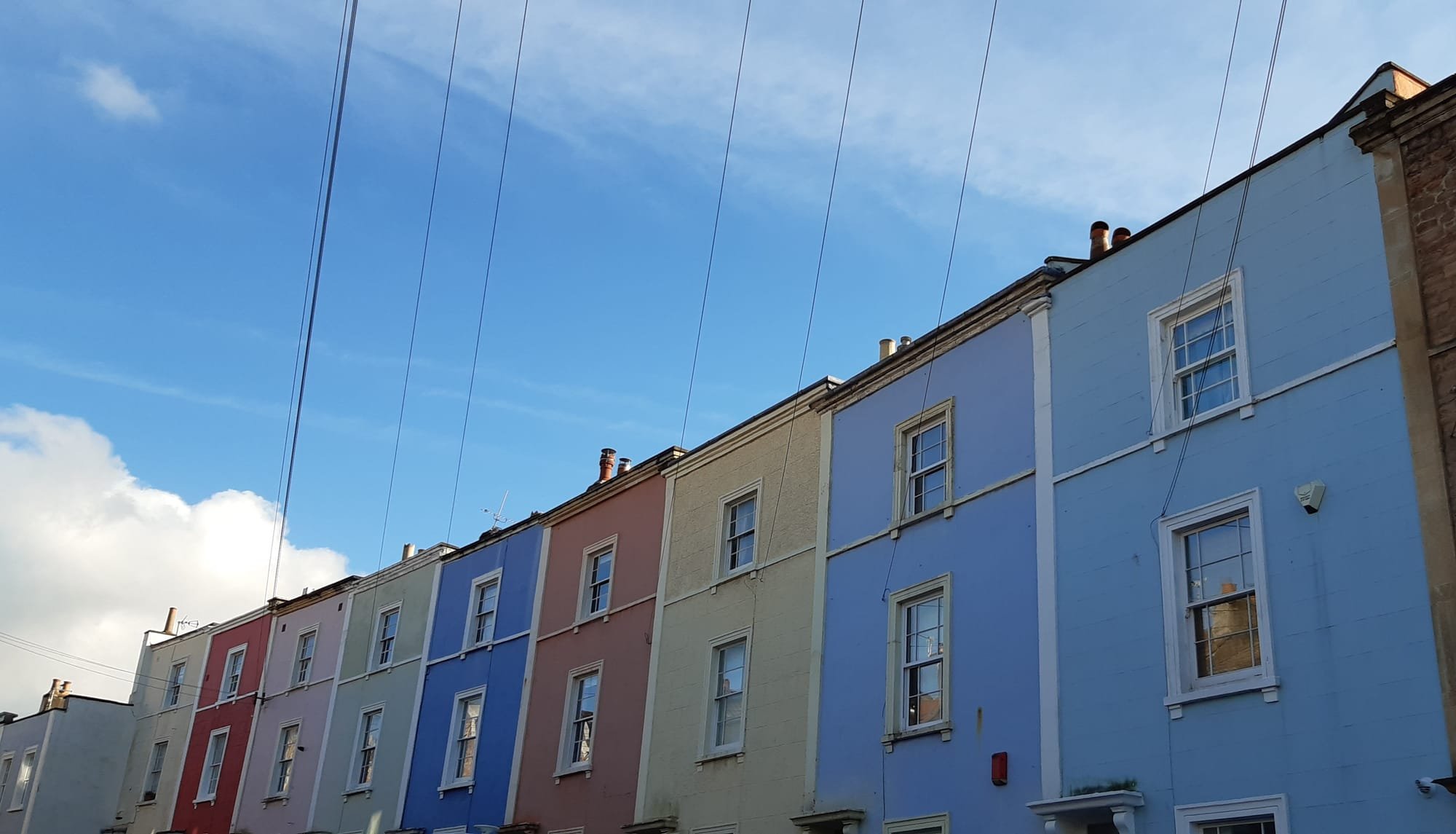 Temple Meads was opened on 31 August 1840 as the western terminus of the Great Western Railway from London Paddington, 116 miles 31 chains (187.3 km) from Paddington. The railway (including Temple Meads) was the first to be designed by the British engineer Isambard Kingdom Brunel. Soon the station was also used by the Bristol and Exeter Railway, the Bristol and Gloucester Railway

Unfortunately the train is quite expensive in Uk so i suggest to use National express or Megabus to travel around .

But I will talk of them in another moment

Thank you for reading

bristol travel agent tourguide tourleader bristol tourism writer bloggerlife newlife lauraarttist art artist
My new beautiful life in Bristol ..how to find the bravery to rebuild totally your life to escape an abusive man
Exploring Weston -Super -Mer in North Somerset
How you can stop a psychopath to ruin your life and share again love and friendship with great people
Comments