Here i am with another recipe you can taste once you are in Livorno - Tuscany for a city break .

La torta di ceci or Cecina or cinque e cinque is a sort flatbread  made by mixing chickpea flour with water, salt and olive oil. It has a round shape and a golden yellow color. Soft inside and little bit crispy .

In Tuscany it is known with  different names: "Cecina" in Versilia and Pisa, "Torta di ceci" in Livorno, "Calda calda" in Carrara, "Farinata" in Liguria, and "Socca" in the south of France. 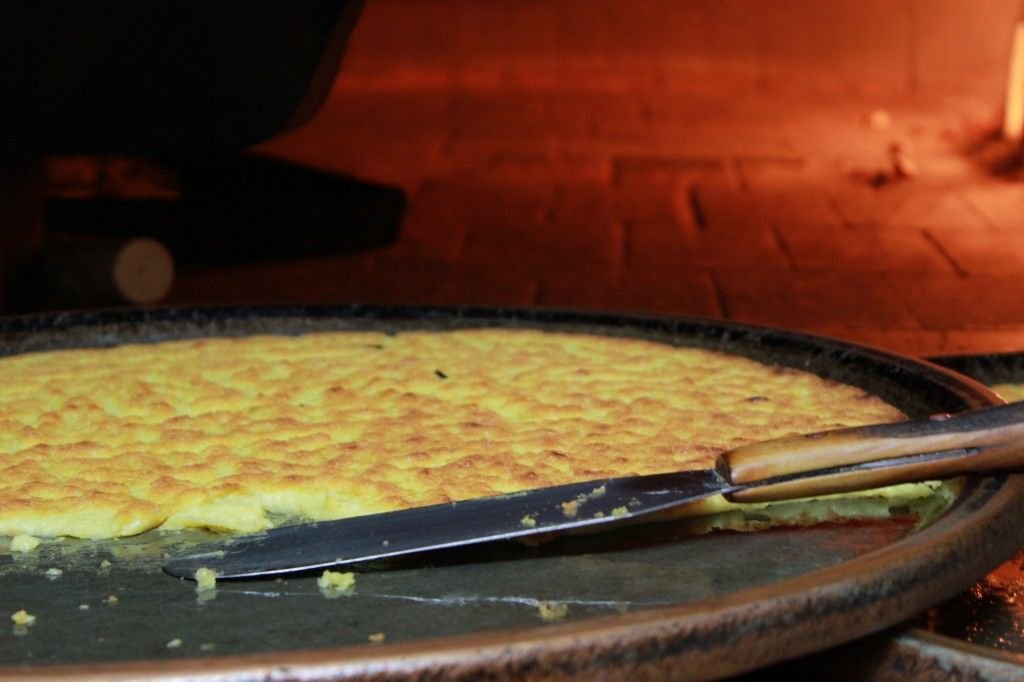 It seems to have arrived in Tuscany through the Lunigiana mountains and the ships arriving to Pisa . Anywaythis "pan di ceci" (chickpea bread)was created in  the thirteenth century when chickpeas were one of the few procucts  easy to keep during the long ships travels .

There is aLegend connected to this recipe.

In 1284, a Genoese ship full of Pisan prisoners encountered a storm and on a lot of water entered inside the ship. This soaked the bags of chickpeas stored in the galley, where there were also several barrels of extra virgin olive oil. For a few days the ship was at the mercy of the waves and the olive oil barrels opened up due to the ship’s movements. No one thought to remove the sacks from the water and, when the good weather returned, the crew found a salty chickpea puree seasoned with olive oil. The Genoese gave that sort of gruel as food to Pisan prisoners. Some sailors refused the dish leaving it in the sun, which made the mixture into a kind of chickpea flatbread. 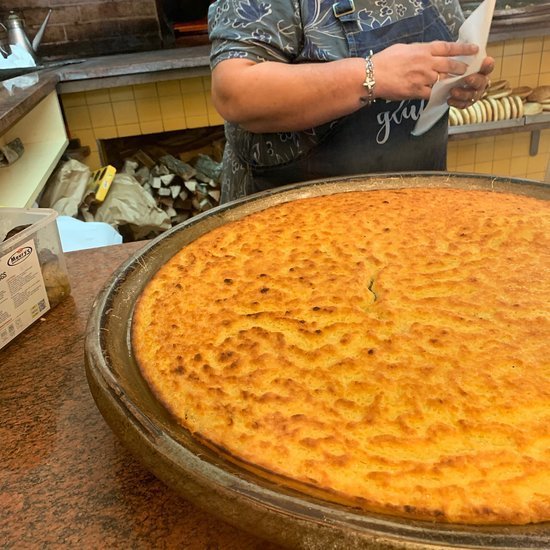 In Livorno  this torta di ceci is  called Cinque e cinque  (five and five), because long ago people used to go to the bakery and buy five Lire of bread and five of Torta di ceci. For the "cinque e cinque" a special small long loaf of bread is used, called francesino or a round focaccia. Add a little ground pepper and eat it when it is very hot.

The modern version of this cinque and cinque is with a slice of aubergine marinated with olive oil.

Trying the famous recipe called Five and Five in the city of Livorno city break in livorno cinque e cinque is a famous recipe in livorno five and five is a recipe in ivorno eating cinque and cinque a chickpeas in livorno lauraartist68 lauraartistblogger lauraartistwriter torta di ceci cecina
Traveling from Bristol to London saving money
The travel agent is back on www.lauraartist.com/blog
The cacciucco alla livornese !
Comments